Tinnitus literally means “ringing” and is the perception of sound within the human ear in the absence of external sound.

Tinnitus is not a disease but a symptom of a range of underlying causes including ear infections, foreign objects, wax in the ear and allergies.

Tinnitus may have many causes including natural hearing impairment (as in aging), certain medications, and most commonly noise-induced hearing loss.

Tinnitus can be rated clinically on a simple scale from “slight” to “catastrophic” according to the practical difficulties it imposes, such as interference with sleep, quiet activities, and normal daily activities. Tinnitus is common. About one in five people between 55 and 65 years old, report tinnitus symptoms.

How do hearing aids help with Tinnitus?

Successful tinnitus management is a result of retraining and re-learning.

Once the tinnitus loses its negative connotation, however loud it has been, or however unpleasant it may seem, it DOES begin to diminish, and in many cases may not be heard for long periods of time.

These devices help you to gradually reduce your focus on the tinnitus sound by promoting habituation and shifting the focus away from the tinnitus.

We know that the brain can habituate. For example when someone moves onto a busy road or lives close to an airport, initially, they will hear the cars/aeroplanes. After a number of months of being exposed to these sounds, the brain decides that these are not important sounds and places them in the background.

The tinnitus signal is perceived as less important and the mind pays less attention to it. This means that habituation has taken place and the tinnitus is no longer the focus.

In particular open-fit digital hearing aids can help with tinnitus management by compensating for a person’s hearing loss as well as masking the uncomfortable noises affecting tinnitus patients.

Open fit hearing aids allow for the amplification of the higher frequencies primarily and in doing so literally 'fill in the gaps' of the frequency range where the hearing is impaired. The auditory system therefore does not have to compensate for the hearing loss which results in persistent tinnitus. Hearing aids are a successful method for treating tinnitus associated with hearing loss.

By providing amplification in this frequency range the individual is often far less aware of the presence of tinnitus and at the same time the hearing is improved for high frequency sounds, therefore serving a dual purpose.

Lyric has proven to be very successful with tinnitus management. The reason for this is the fact that Lyric provides continuous 24/7 amplification thereby providing continuous relief for individuals suffering from tinnitus due to hearing loss.

Tinnitus is exacerbated by silence.

Most tinnitus is first heard at night, or a quiet room. Persistence of tinnitus depends not only on the meaning attached to it, but also to the contrast it creates with the auditory environment. For example a small candle in the corner of a large darkened room seems to be dazzlingly bright, until the room lights are switched on making it virtually invisible.

Everyone, especially tinnitus patients should avoid extreme silence, and retraining programs will always use sound enrichment. Make sure there is always a pleasant, non-intrusive background sound (like a large slow fan, or an open window, or a device generating nature sounds).

Choosing what sound is right for you may take some time. Nature sounds are always best, as they are already habituated, and usually produce feeling of relaxation, calm and well-being. 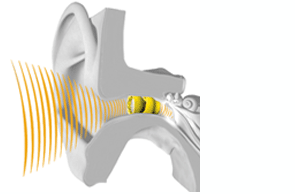 Get in touch with a member of our team. 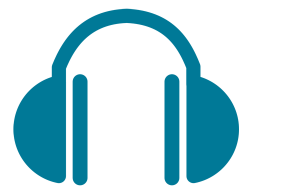 Check your hearing with our incredible test: quick, easy and effective. 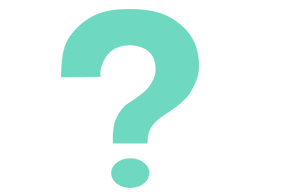 A collection of the answers to the most common questions people ask about our Audiology Services.

With over 85% accuracy this test is a great start to find out about your hearing.